5 Teaching Lessons We Can Learn from Groundhog Day 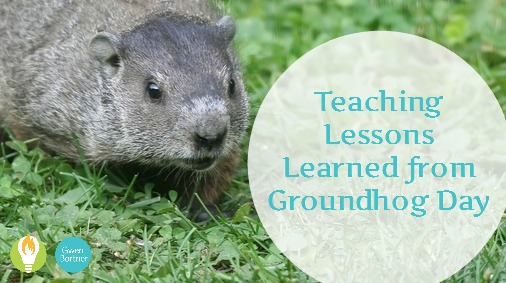 Groundhog Day has always been one of the “strange” holidays celebrated in the US, passing each year mostly unnoticed until the release of the 1993 movie by the same name. Suddenly, the day had a whole new meaning. What would you do if you kept repeating the same day over?

Since its release, Groundhog Day has been one of my favorites – I have watched it so many times, I can practically say the entire dialog along with the movie. Although it’s a comedy (possibly Bill Murray’s best), there are still many great lessons tucked away among all the laughs and one-liners.

Lesson 1: Confidence is good, but don’t be cocky.

In the beginning of the movie Bill Murray’s character, Phil, is a cocky, obnoxious weatherman sent to cover the official Groundhog ceremony. He is absolutely determined to do the piece and get back home because he doesn’t believe the storm front is going to hit, so he tells the owner of the B&B he won’t be staying. He is wrong, so he has to eat his words and spend an extra night, which is the beginning of his repeated day.

When teaching, it is important for the students to feel confident in you and the information you are providing. But often there is more than one right answer in a particular situation. Leaving room for other possibilities makes you more approachable, the classroom more inviting, and the overall atmosphere more conducive to effective learning.

Lesson 2: When the situation is less than optimal, make the most of it.

Phil does not want to be in Punxsutawney, PA and initially he makes sure everybody knows it. But as he continues through several iterations of the same day he comes to realize that he can make the most of his situation – and even take advantage of it.

If you teach for long enough, you will be placed in a situation that is not optimal (possibly one that’s down-right difficult). If you get frustrated and share that with everyone, the students will expect that they are not getting your best (and they probably are not). However, if you fix what you can and maintain a positive attitude you may discover there were some hidden benefits in the experience. If nothing else, it will probably be a class they never forget!

Lesson 3: Learn from prior experiences and tweak as necessary.

As the movie progresses, Phil realizes that he retains memory and experience from the day before. So each day he tries a small variation of the previous day’s activities to see if he gets better results. The key is that he learns both from what worked and what didn’t.

As a teacher it is important to continually self-evaluate. We tend to be very conscious of reviewing and adjusting when we launch a new class. But after a few times, it gets easy to just go through the motions without any evaluation in the end. While fixing areas that didn’t go as well as planned is important, don’t ignore the elements that seemed particularly effective. Sometimes, just a simple rephrasing makes an enormous difference in understanding.

Lesson 4: The right motivation ultimately makes all the difference.

Ultimately, Groundhog Day is about personal growth and transformation. At the beginning of the movie Phil is totally self-centered and an easy character to despise. But as the movie progresses, we see him transform until he starts using all of his knowledge about the future of that particular day to help all of the town locals. When his motivation is truly sincere, he gets his wish and the next day finally arrives.

As online teaching becomes more popular it has become obvious that some teachers are only in it for the money. Although this might work in the short term, it is not a good long term strategy. Knowing what motivates you to share your knowledge is an important ingredient in achieving success in the classroom, real or virtual. Understanding your students’ motivation is also critical. When you and your students are working toward a similar goal, albeit from opposite directions, the environment is nothing short of magical.

Lesson 5: No matter what you are doing, practice is important.

For Phil, his classroom was Punxsutawney and his lesson was about becoming a sincere human being. The movie showed him practicing for untold days until he finally achieved that ultimate goal.

Effective teachers know the value of giving their students opportunities to practice what they are learning. Only by doing so will they understand what they actually know and which areas need additional help. With adult learners, it is particularly important to remind them of the necessity of practice. We often have forgotten what it takes to learn something new, especially when we’ve been practicing that skill for any length of time. We just assume a time or two should be enough for mastery, but that is rarely the case.

This was originally posted on February 2, 2016. But with the Jeep Superbowl commercial featuring Bill Murray replaying his role as Phil, it seemed appropriate to resurrect it! And of course, all the information is still applies! 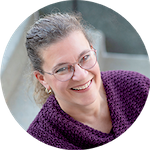